In this post, I want to talk about a side project of me that I have been working on for over 12 years now in my spare time: The DIY-Thermocam. It is a low-cost, do-it-yourself thermal imager, which aim is to give private persons, educational institutes and companies access to a portable, affordable and customizable thermal imaging platform that is based on open-source software and hardware.

Everything started back in 2009, when I was still in secondary school. A good friend of mine and me were looking for a topic to participate in "Jugend forscht", a science competition in Germany. Our physics teacher bought an infrared thermometer and asked whether someone wants to work with it. We did a small investigation and had the idea that it could be possible to create thermal images out of a single sensor, by moving it over a surface with motors. Said and done, the idea for the first prototype of the Cheap-Thermocam was born: A heavy steel machine that we build in our hometown together with an industrial company: 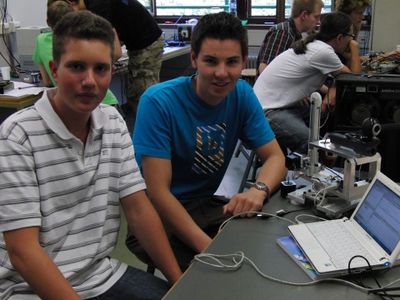 With a slightly improved and already smaller version of this device, we won the Jugend forscht ambassador Bavaria award:

Shortly after the contest, I put the assembly instructions for the prototype called Cheap-Thermocam V1 online because I thought it would be a shame if it is not used anymore. The device looked pretty wild back then: 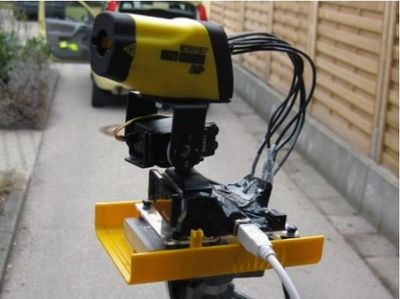 But a couple of makers around the world picked up the idea and build their own versions of it: 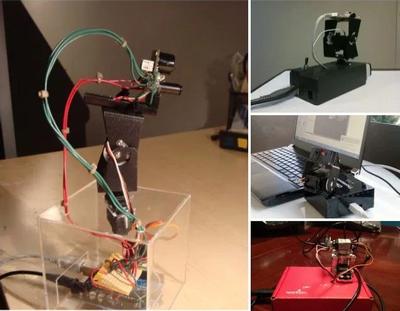 Inspired by the positive feedback, I took the next step in 2013 and created an upgrade called Cheap-Thermocam V2, that already looked more professional and had a small touch screen for user input: 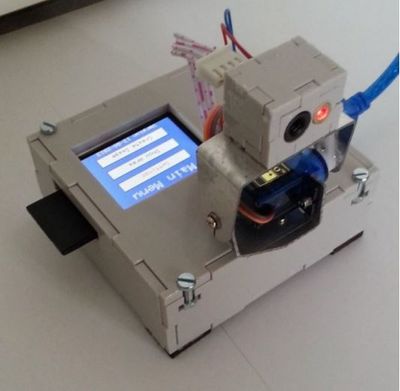 In mid 2014, I released another upgrade called Cheap-Thermocam V3, that featured a bigger screen and an improved design, looking more like a regular photographic camera: 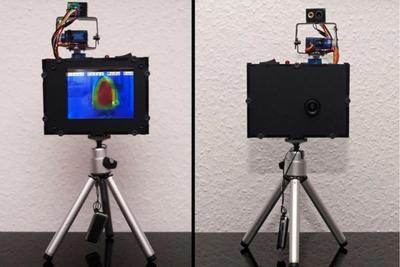 It catched some press coverage: 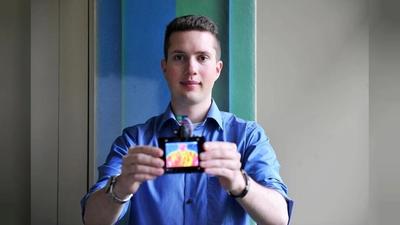 And I created a couple of those devices for people who wanted to have it: 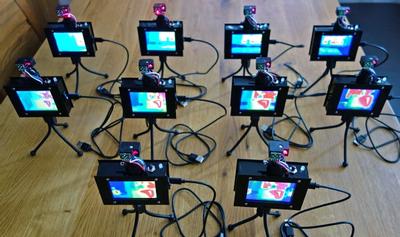 One big limitation of the device was always the single IR sensor, that only allowed a limited thermal resolution. This changed with the introduction of the FLIR Lepton thermal array sensor in 2014, that I quickly integrated into the device: 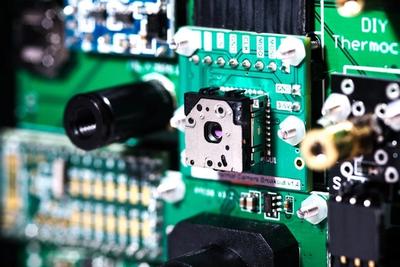 The DIY-Thermocam V1 was born in early 2017, and magazines like Makezine and Golem reported about it: 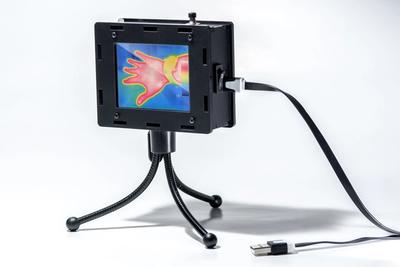 It turned into the DIY-Thermocam V2 in late 2017, and for the first time was really a device that was sold worldwide over a partner company in the United States called GroupGets: 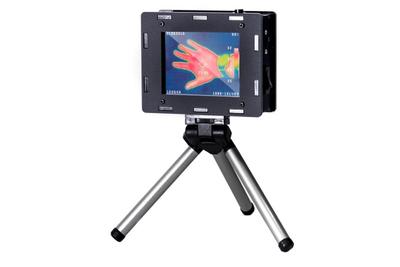 Between 2017 and early 2021, I stopped working on the project because I spent all of my time in the startup world, where I worked in different positions and roles: First employee, lead developer, team lead and co-founder. But during the third wave of the pandemic in early 2021, I finally found some time to work on the project again and released the latest version of it, the DIY-Thermocam V3: 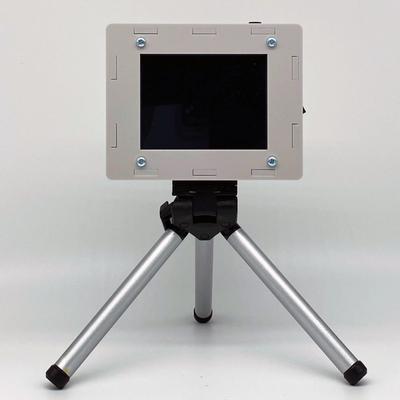 Version 3 has been redesigned to offer 3x the performance of the predecessor, making thermal imaging much more accessible and fun. The device is like its previous versions offered as a do-it-yourself kit, that consists of around 100 parts and can be assembled at home by using simple tools in 2-3 hours: 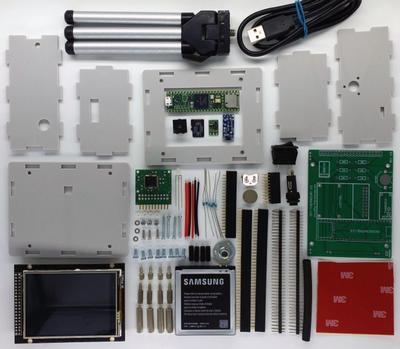 I am looking forward to ship this latest version of the device to makers all around the world, and hope it will be useful in scenarios like finding heat leaks in the insulation of buildings, the analysis of electrical or mechanical components, the detection of persons / animals or even mounting it on a drone and recording continuous or time-lapse images.

For 12 years, this project has companioned me during my career and I learned a lot from it, especially from all those (costly) mistakes I did. Start small and iterate quickly, go out and show it to real people as early as possible. Even if it is not successful, you will make your learnings and one of the next projects will be a success for sure, because you can only get better by failing and standing up again. Or as a famous quote from Reid Hoffman says: "If you're not embarrassed by the first version of your product, you've launched too late."